Welcome to Lisia’s Electrolysis & Laser Hair Removal. Our office has many specialty treatments administered by a State Licensed Cosmetologist and Board Certified Electrologist/Lasertrologist who is medically  supervised by a medical director and is a “results driven” hair removal professional and esthetic technician that provides the very best in permanent hair removal and skin care services.

The GentleLASE received clearance from the FDA for use for “permanent hair reduction.”

The GentleLASE safely removes unwanted body hair without damaging the delicate pores and structures of the skin. The laser energy is transformed into heat, which disabled the hair root and follicle production - repressing future hair growth. The skin is protected during treatment by a dynamic cooling device (DCD), cooling the epidermis and giving comfort.

Hair grows in cycles and will need four to six treatments

A safe and effective way to permanently remove unwanted hair from the face and body. Let us help you resolve your unwanted hair issues. Client privacy and medical guidelines are strictly followed. We use only sterile, disposable probes for your safety. Consultation is complementary.

"Every skin is unique in its needs and demands. The only way to address individual skin care requirements is to orchestrate a personalized, professional program suitable to the needs of both the client and the skin."

Our de-stress "me time" facial. Great for anyone wanting to unwind for an hour and perfect as a gift.

A relaxation facial will provide you with an in depth consultation and can include any of the following: cleanse, exfoliation, steam, massage, up to two different mask applications, specialty serums, boosters, moisturiser and SPF. Your skin will see increased hydration and these facials will rejuvenate and revitalize skin while leaving you totally indulged, relaxed and utterly pampered.

1 Hour
Save your skin! Our Sensitive Skin Facial is designed to soothe fragile, sensitive skin. It gently exfoliates, cools and calms your skin while maintaining hydration and reducing redness.

Designed specially for teen skin, this treatment is a combination of exfoliation and deep pore cleansing, to clarify and eliminate impurities. Using therapeutic serums to help regulate oil production and eradicate bacteria, our oxygenated masque deeply penetrates and cleans your teen’s skin, allowing a clear, blemish-free, complexion to shine through.

Acne facials focus on extractions for blocked pores to release any excess build-up of oil and dirt including LED blue light to kill bacteria.

This anti-aging facial is rich with antioxidants, vitamins and Hyaluronic acid to help minimize fine lines and wrinkles. Your skin will be left feeling firm, plump, hydrated, and noticeably smoother and completely rejuvenated

Ultrasound technology will be used to gently exfoliate dead skin cells and remove impurities. The ultrasonic waves will help prepare the skin to receive rich nutrients and achieve a radiant, healthy glow. This non-abrasive technique is safe for all skin types, including those suffering with rosacea or acne.

LED  facial uses lights in different wavelengths to benefit the skin. The skin responds differently depending on the color of the light. The cells in the dermis layer of the skin convert the light into energy. LED  light will help to clear acne, ignite production of collagen, and remodel elastin fibers, providing a more youthful complexion, especially for those with aged, dehydrated or hyper-pigmented skin. Facial includes cleansing, facial massage, steam, extraction, mask.

Includes a thorough cleansing of your back, gentle exfoliation to remove dead skin cells, extractions and a relaxing massage with a customized mask. This service addresses breakouts and acne.

LED light therapy has been proven to induce healthy skin cells to replicate faster, stimulate collagen production, and kill bacteria that can cause acne. We use LEDs for anti-aging therapy, correcting pigmentation, healing acne and reversing the effects of sun damage.

This unique treatment is the physical form of exfoliating dead skin cells and removing the fine vellous hair from the face revealing newer, younger skin. Helps with fine lines, wrinkles, acne and hyperpigmentation.
It allows deeper penetration of products and serums and the effects of the treatment are instant.
Treatment will consist of:

Series of 6 treatments are highly recommended

Glycolic acid exfoliates and helps to reduce the appearance of fine lines, smoothes out rough texture, reduces hyper pigmentation, and helps to open up and dry out active acne.

Smoother, brighter and younger-looking skin can be yours in just a few treatments. Microdermabrasion is a cosmetic procedure in which the stratum corneum (the outermost layer of dead skin) is partially or completely removed by light abrasion, reducing sun-damage and lessening scars or dark spots.

A more gentle approach for sun damaged, fine lines and wrinkles and dehydrated skin. Our diamond crystal-free approach uses a clean and sanitized stainless steel abrasive tip. As the diamond tip glides across the skin surface, it loosens dull dead skin cells and helps smooth lines and wrinkles. This treatment can be performed with a vacuum to lift away cellular debris or alone to help prevent capillary damage.

A gentle and effective exfoliating treatment that uses the jet peel machine to distribute air and water at a high speed. The treatment works to drain your lymphatic system, removing any toxins and exfoliate your skin, removing the dead skin cells and blackheads, whilst also working to smooth out fine lines and wrinkles and plump the skin. After the exfoliation, clients can opt to have a vitamin infusion sprayed into the skin through the jet peel machine to give skin that extra boost.

This “Red Carpet” treatment  infuses the skin with pure medical grade oxygen and serums to yield immediate visible results. Wrinkles are smoothed, jaw line and cheek bones are defined, with a refined texture to the skin that will leave you glowing like no other. An absolute must for any special occasion.

This “Red Carpet” treatment  infuses the skin with pure medical grade oxygen and serums to yield immediate visible results. Wrinkles are smoothed, jaw line and cheek bones are defined, with a refined texture to the skin that will leave you glowing like no other. An absolute must for any special occasion.

Getting a photo-facial is the equivalent of getting a supercharged anti-aging treatment that will reveal a cleaner, brighter, tighter and even toned complexion in days. Photo-facials utilize intense pulsed light (IPL) energy to improve sun damage, large pores, red complexion, and fine lines. The overall effect is a clearer, more youthful complexion.

An innovative skin rejuvenation treatment, micro-needling is a form of Collagen Induction Therapy that significantly improves the appearance of sun damage, fine lines, wrinkles, acne scars, and stretch marks with little down time.

Permanent Cosmetics, also known as Permanent Makeup, Cosmetic Tattooing, Derma-pigmentation and Micropigmentation, is a non-surgical procedure which is both safe and effective. A topical anesthetic is applied and most clients agree that the procedure is far more comfortable than they had anticipated. There is a large array of services offered ... whether it be subtle eyeliner or a more dramatic look, the choice is yours.

“FALL IN LOVE WITH YOUR SKIN”

Fall is in the air and that can only mean one thing….Pumpkin! This spicy mask will nourish the skin with antioxidants as it’s packed with Vitamins A and C. This 15% Pumpkin-Orange enzyme will exfoliate and reduce oil while you relax and enjoy the wonderful smell of pumpkin and orange.  By blending equal parts of Pumpkin Orange Enzyme and Autumn Spice Hydrating Mask, your spicy yet creamy “Pumpkin Spice” mixture will dissolve dead skin cells and nourish the skin resulting in a beautiful, healthy glow.   Get gorgeous for fall!

Lisia has been a practicing Board Certified Electrologist since 1982 holding a Michigan License in Electrology and Cosmetology.

After graduating from cosmetology school at Mecosta-Osceola Career Center in Big Rapids, Michigan, Cooley-Walch enrolled directly in Clark’s Electrology School in Sturgis, Michigan. At the tender age of 18, she opened Lisia’s Electrolysis in Big Rapids.

In 1985 she attended Shelby State Community College in Memphis Tennessee and received the  distinguished C.O.T.I.E degree (Certificate of Teaching in Electrology) which was held by less than 12 Electrology Educators Nationally. In 1985 she opened her Electrology School to teach Electrolysis and became very involved with her International organization SCME (Society of Clinical Medical Electrology) which later was renamed SCMHR (Society of Clinical Medical Hair Removal). While sitting on the the board of SCMHR for 22 years, she helped write the national exams for the organization and wrote and gave many presentations nationally and internationally.

When Palomar Medical Technologies, Inc., and mentor Dr. Rox Anderson invited Cooley-Walch and other members of the board of SCMHR to Boston in 1995 to test the first laser designed for hair removal, she just knew that she was on the brink of something big. “It was as if we were going to be the pioneers of this invention that was going to change our industry,” Cooley-Walch recalls. She was right. The ruby red laser won her over, although she remains an electrologist at heart, and Lisia’s Electrolysis blossomed into Lisia’s Electrolysis & Laser Hair Removal.

Over the span of many years in practice, she keeps up on all the new technology within not only the hair removal industry but also the esthetic industry as well. In 2013 she participated in the reviewing and revisions committee for Milady’s Standard Esthetics Book.

Drop us a line!

Reviews From My Amazing Clients!

We consider you and your time very valuable, therefore, when you have an appointment scheduled we will be on time to work on you so that you can get on with your day in a timely manner.

As a courtesy to myself and my other clients, please remember to call us as soon as you know that you will not be able to keep your scheduled appointment and we would be happy to rebook you.

Clients cancelling less than 12 hours of your scheduled appointment will be required to pay THE FULL AMOUNT of the services reserved in order to book future services with our office.

If you are late for your appointment you will be charged for the time scheduled.

Please don't make us feel bad for charging you for your missed appointment and the charge that you incur. All our clients are special to us. We do not play favorites and charge some and not others. When you miss your appointment, it takes time away from someone else that might be in desperate need, so please be thoughtful when making your choices. 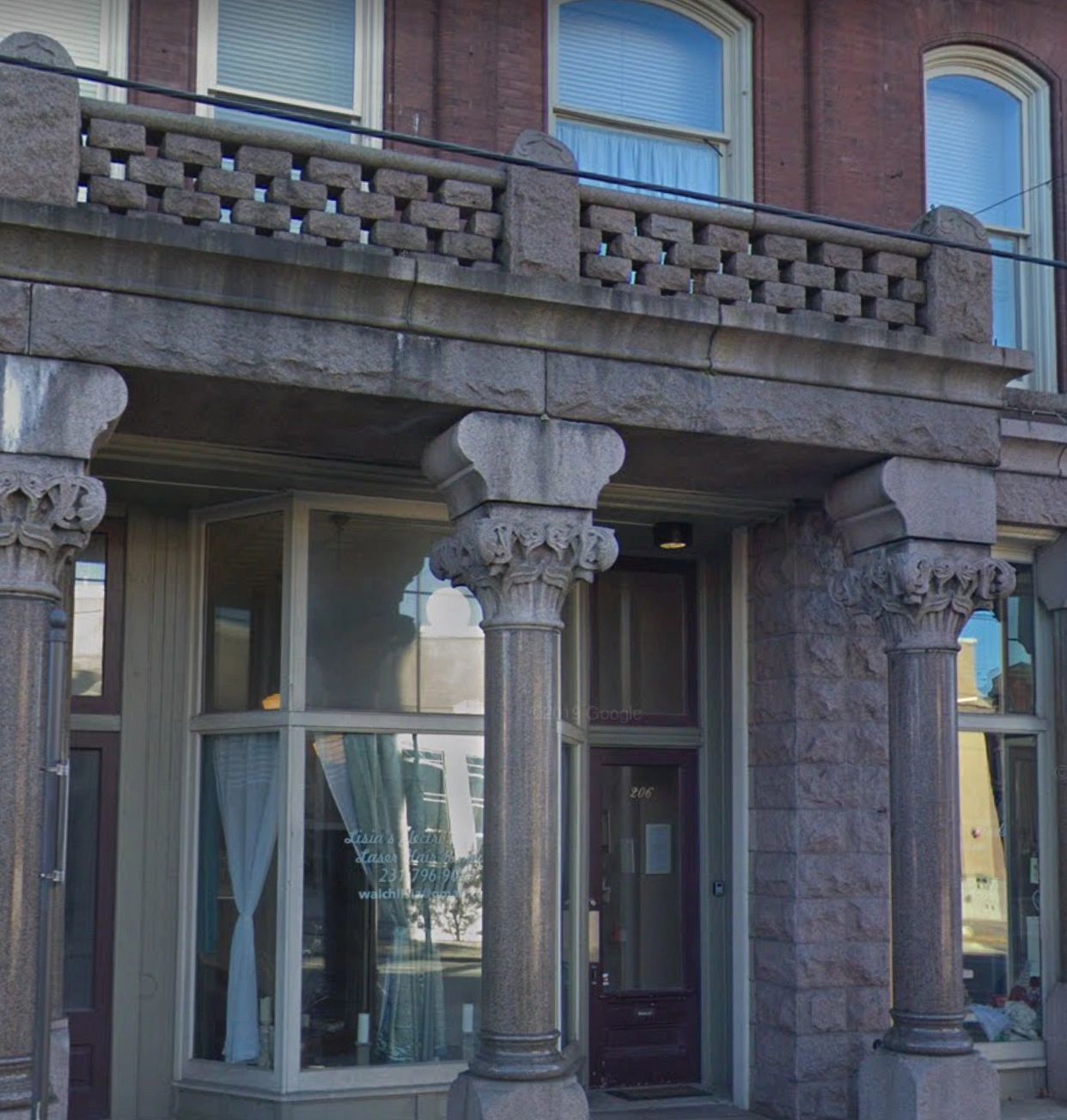 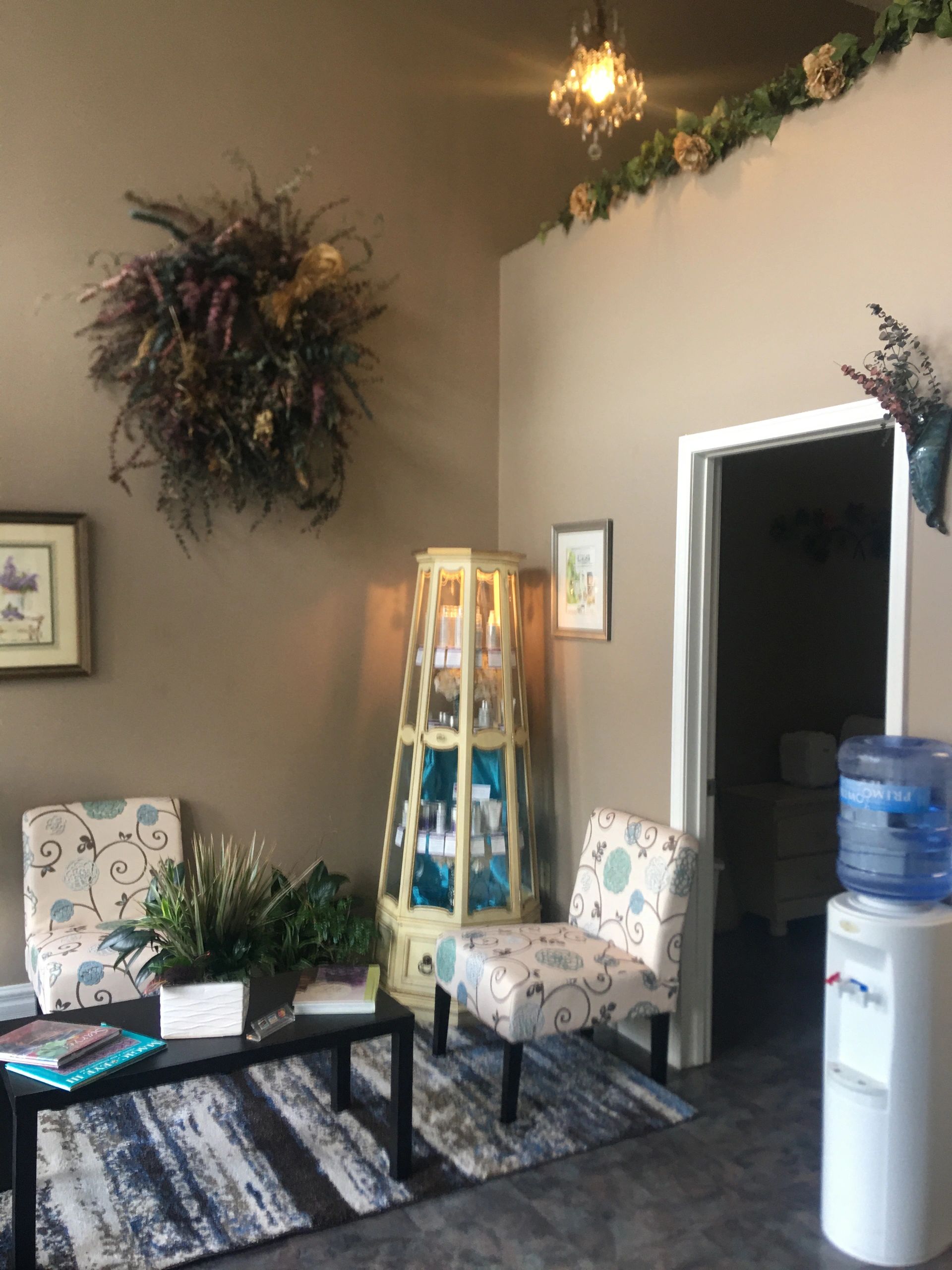 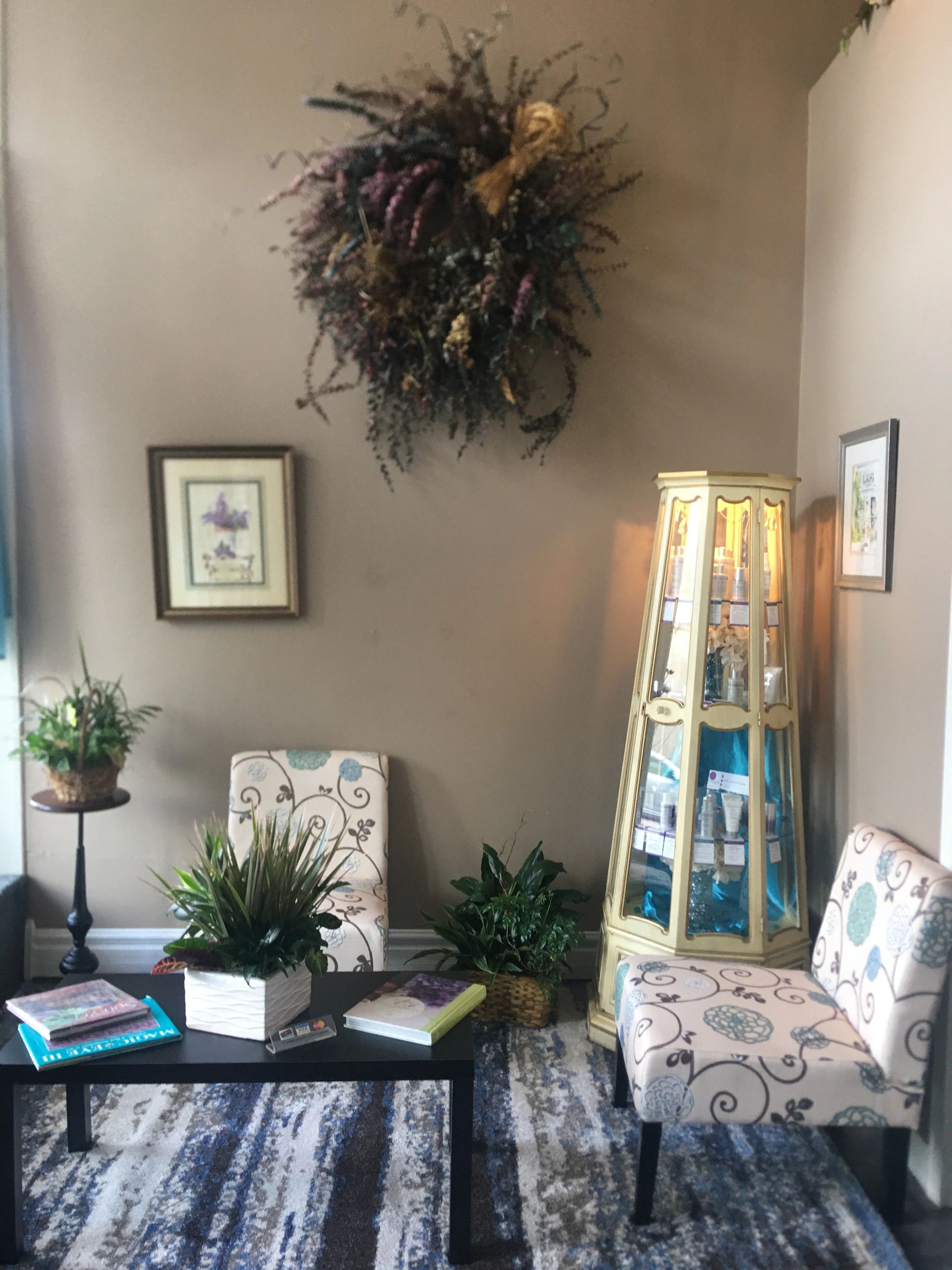 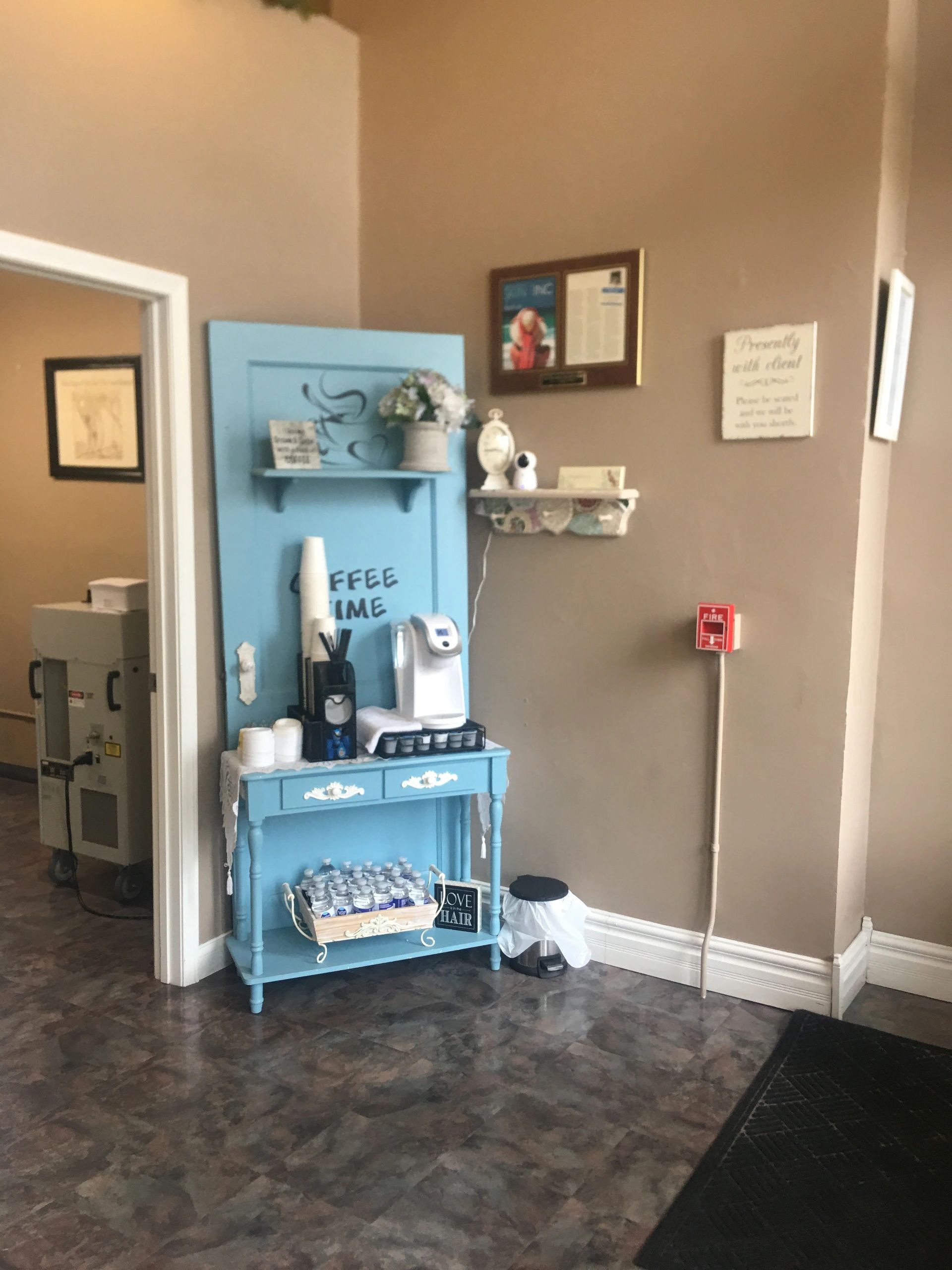 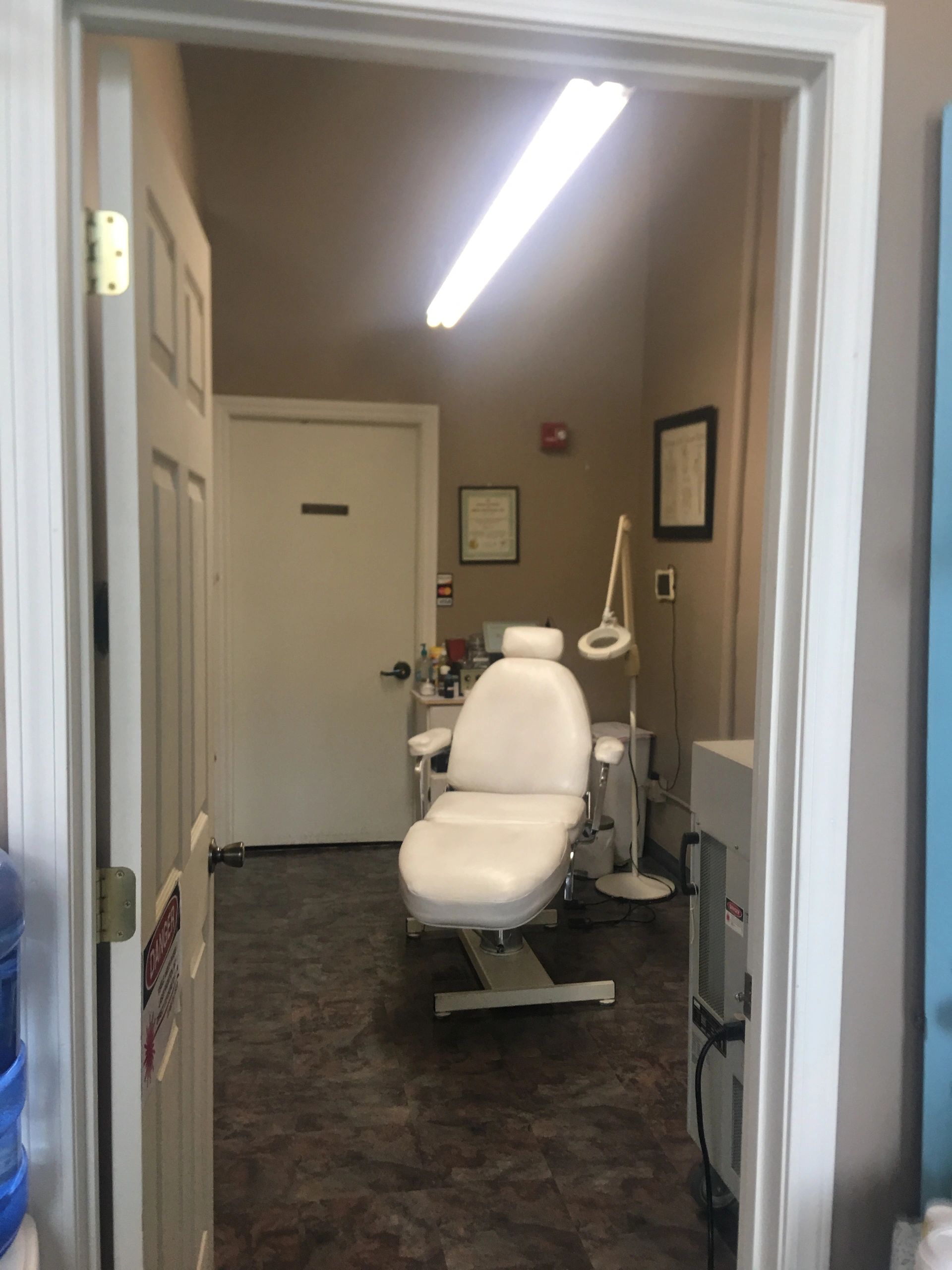